Should a Donor-Advised Fund be part of your tax strategy?

A message from Joseph Mastriani, CPA and Shareholder at Buckno Lisicky & Company:

Bunching or Bundling Charitable Donations with a Donor-Advised Fund: 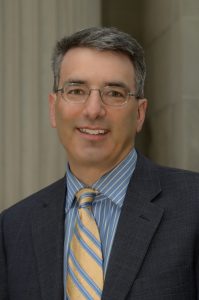 Individual taxpayers, who have two options when they file their personal federal income tax returns — take a standard deduction or itemize deductions — usually select the option that reduces their overall tax liability the most. Due to the recent tax law changes, the standard deduction available for taxpayers became much larger — almost twice what it was previously. This change makes it less likely that the sum of a taxpayer’s itemized deductions will exceed the larger standard deduction, especially with new limits in place on deductible state and local taxes (SALT, including real and personal property taxes, state and local income taxes, and sales taxes) and mortgage interest.

A potential side effect of fewer taxpayers itemizing their deductions is that these taxpayers may choose to reduce or eliminate charitable contributions to not-for-profit organizations because their contributions will no longer reduce their personal income taxes.  What can donors do to retain the tax deductibility of donations?

One strategy that allows individuals to continue to donate and receive tax benefits is to “bunch” donations to charities in specific years, while limiting donations in other years. When individual taxpayers contribute by bunching donations, they combine multiple years of “normal” annual charitable contributions into a single year. In the bunch years, the relatively large charitable contributions, in combination with other itemized deductions that cannot be timed this way — generally, mortgage interest and SALT taxes — will increase the likelihood of exceeding the standard deduction and thus provide the taxpayers with additional tax savings.

Here’s an example:  Art and Alice are married taxpayers filing a joint return.

The donor-advised fund has emerged as a flexible tax-efficient vehicle for taking charitable deductions when you need them, but giving to the qualified charities of your choice when the time is right. DAFs are growing in popularity and are likely to continue to do so in light of recent tax reforms. By contributing donations before year-end to a donor-advised fund through the Carbon County Community Foundation, taxpayers can lock in deductions for 2018, then designate at a later date when and where to disburse the money. In the above example, Art and Alice could continue to give $10,000 per year as usual, if they choose to, through their donor-advised fund.

If reducing your personal income taxes is one of the factors that motivates you to give, talk with your tax advisor to see if bundling may be a good strategy for you. It would be an unfortunate side-effect of tax reform, but the Joint Committee on Taxation estimates that individuals may collectively reduce charitable giving by as much as $13 billion annually because their donations will no longer be tax deductible.  Charities in Carbon County and beyond need your continued financial support and whether one calls this stocking stuffer idea bunching or bundling, it’s a win-win scenario for everyone.

Create a Donor-Advised Fund at CCCF